As illustrated in Fig. 1, the indenter is pressed (diamond cone or carbide ball ) into the specimen surface in two steps. After maintaining the pressure for a predetermined period of time, unload the major test force F1, and measure the remaining indentation depth h under initial test force F0. 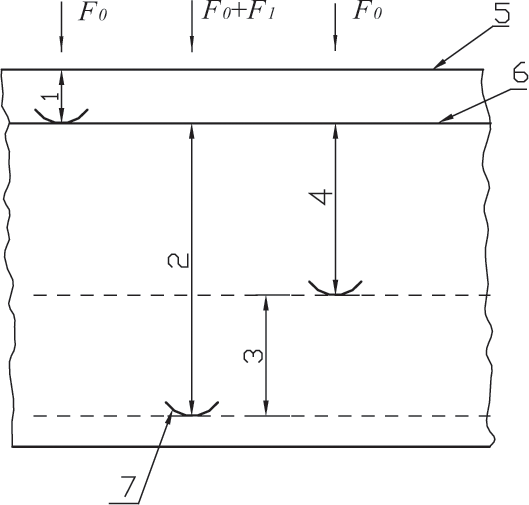 Rockwell hardness testers are designed according to the basic principle of Rockwell hardness test. The main differences from the bench-type lie in: the test force is applied by a screw and a calibrated U-shape spring; two indicators are installed on the tester: one indicating dial indicates the test force value by measuring the deformation of the spring and one precision screw micrometer used for testing the indentation depth; one barrel dial installed on the micrometer shows the hardness values. The principle and structure of this instrument is in accordance with the American Standard ASTM E110.