The principle of the instrument and inside structure of the test head are shown in Fig.4. 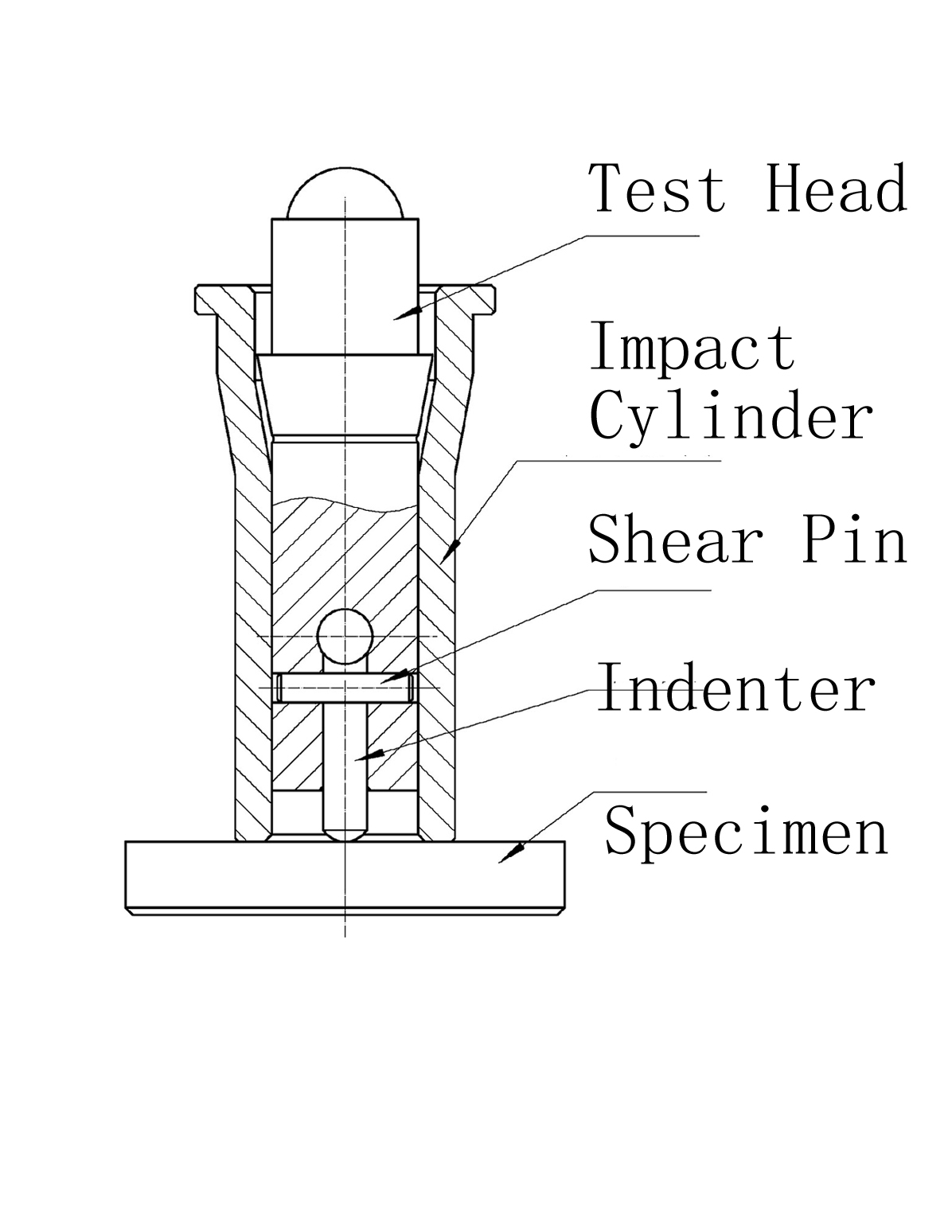 Fig. 4 Principle of the instrument

A shear pin is place in the horizontal hole on the test head. The indenter is pushed into the bottom hole and its top touches shear pin. The test head is placed into the impact cylinder.

The indentation diameter is measured with a reading microscope, and the Brinell hardness number can be obtained from the lookup table.